Congratulations to Seattle Talent's Stephen Sherman! Look at how cute this exciting little actor is! Stephen attended a convention in Las Vegas, where he won a ton of awards and did a fabulous job, and is signed with the Hollander Talent Group and Kids Casting Network. Stephen will appear in two scenes on upcoming episodes of Brothers & Sisters, a great series starring Sally Field, which airs on ABC.

Great Job Stephen! Look at what a handsome little dude he is, another example of how lucky we are at Seattle Talent to work with such amazing kids. 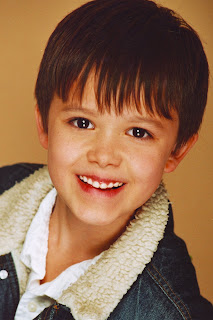