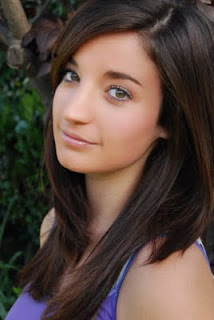 Update on Ashley Bornancin! This gorgeous kid signed with Lynne Badgely, of Badgley Murphy Entertainment LA, and has some fun stuff to report. Her pilot "Busy Doing Nothing" is being featured in the Playhouse West Film Festival, and has a new SAG web series called "Alcoholics Unanimous", and shot an indie film premiering this fall called "Rehearsal". Amazing stuff, and she is a super kid who deserves her success. Way to go Ashley!
at 2:50 PM