Today's IMTA highlight is a lively and handsome gentleman representing our Colorado Springs Team! Mr. Elijah Larkin is a hard working talent who completely won the judges over, swooping awards in every category he participated in! He won 1st Runner Up for TV Beauty, 2nd Runner Up for On-Camera Host, 2nd Runner Up for TV Real People, and 4th Runner Up for Male Young Adult Actor of the Year. Elijah also took home recognition awards for his Cold Read, Commercial Print, Improvisation, Jeans Runway, and Monologue! Spectacular work Elijah!

On top of having the nicest summer in Seattle, we’ve had a very exciting summer at Seattle Talent. The beautiful Ms. Rica Naval booked an awesome job modeling the latest trends for “New Day” on King5. Did I forget to mention, this all happened shortly after she became a Client of Seattle Talent!
We are so proud of you and are thrilled for whats ahead!

Jules Gets A Callback From General Hospital!

Callbacks are exciting, especially from your favorite TV shows! Since our very own Ms. Jules (Audrey) Williams signed with Mr. Fredrick Levy of Management 101, she’s been a super busy gal! She received a recent callback after auditioning for the hit TV series, General Hospital! You may remember her remarkable performance at IMTA NY17, which led to many callbacks from Agents and Managers, and many awards. She was crowned the winner of the screen test competition, 1st runner up in theatrical headshot and tv real people competition, 2nd runner-up of the female teen actor of the year category, and 7th runner up for the cold read and on-camera Host competition.

Congratulations to Ms. Jules from your Family, Friends, and Fans at Seattle Talent!

Your Friends, Family, and Fans at Seattle Talent and super proud of you all! keep up the great work!

A lot of amazing things have been happening in our Seattle Talent office! First of all, My name is Jaycee Nolan and I'm absolutely excited to introduce myself as the lady behind the writing, your newest Social Media Director. I love to brag about all your cool and fun bookings! But today I get to tell you about my first video shoot with Microsoft! I had a spectacular day with the Director Mr. David Reppond, and his awesome crew, who were the brains behind this promotional video for a new Microsoft app.

Its an honor to be a client and the Social Media Director of Seattle Talent, and I will do my best to keep you all updated an all there is to know about our favorite Agency.

There is so much to look forward to in the spring, wouldn't you say? Especially for our dear little Ms. Rainey Spurlock! Around the same time last year, you could catch Rainey on FX, playing the daughter of Joan Crawford and Bette Davis in Feud!

This Spring she is on A Netflix Original Series alongside co-star Celine Del Montanye, also a Seattle Artist Agency client. These adorable faces join legendary Carol Burnett in a hilarious talk show called, A Little Help with Carol Burnett

Your Friends, Fans, and Family at Seattle Artists Agency are super proud of you!

Fun things happening for Mr. Austin Pennington everyone! After doing a great job at IMTANY2017, this talented actor & singer has signed with the good people at Green & Green Mgmt LA! Way to go Austin!

Congrats from all your friends, fans, and family at Seattle Talent, we can't wait to see what happens next!

Check out our actor Mr. Chris Chaves, in his brand new T-Mobile commercial!

Check out our actor Mr. Chris Chavez, starring in a brand new long form T-Mobile commercial! Chris is the gentleman helping his friend in the woods! Chris those onesies look very comfortable!

Our own Mr. Ryan Zweers' new movie is out today!

Our very own, very talented Mr. Ryan Zweers is starring in the new movie "Don't Kill It" and it is out today!
Ryan, from our Bend OR, team was was huge part of our IMTA NY 15 team won Most Sought Male Talent, Male Junior Actor of the Year and an Honorable Mention for Male Junior Model.
Congratulations Ryan! We are beyond proud of you, and extremely excited about this movie! This looks really good!
WARNING: Trailer is not suitable for all ages.
Check out the trailer here: https://youtu.be/HdgvedQ_VH0 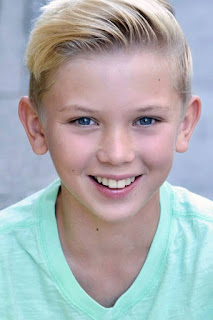 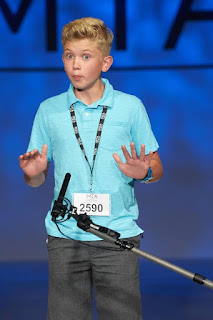 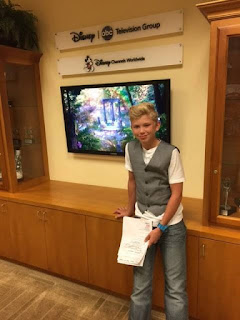 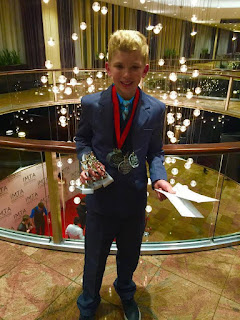 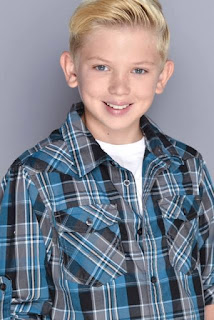 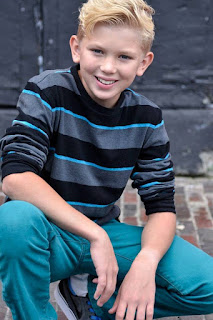 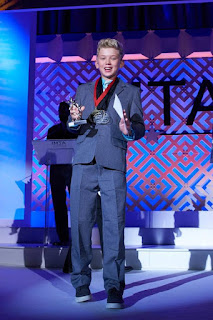 After an fantastic IMTA LA 17, the very talented Ms. Mekenna Simpson has signed with TN Management in L.A. This is just the beginning of a long list of achievements to come for this girl. Mekenna, we are so excited to hear about this signing. Congratulations from your friends and fans at Seattle talent. 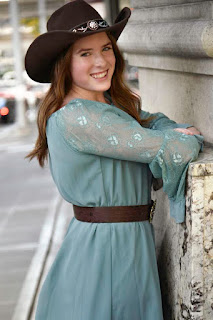 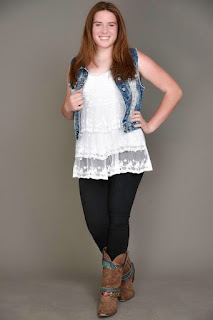 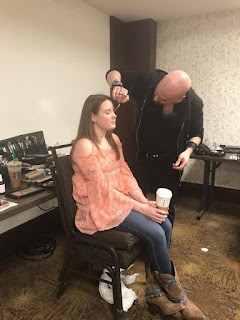 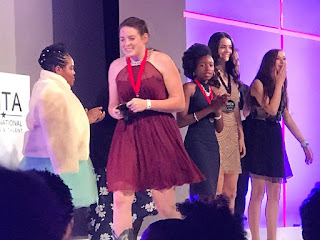 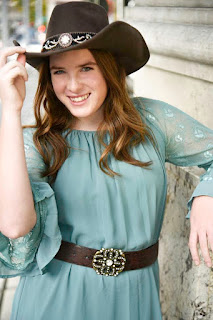 These super siblings could not get any more cute in there newest photo shoot!

Check out the super cute super siblings, Ms.Helena and Mr. Ethan stewart, with a great shoot. These pictures are adorable! 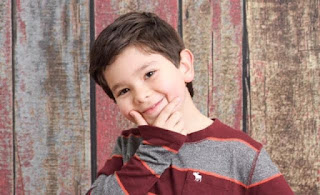 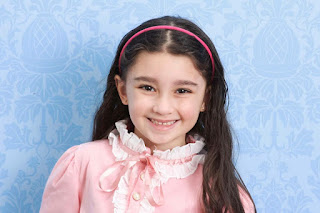 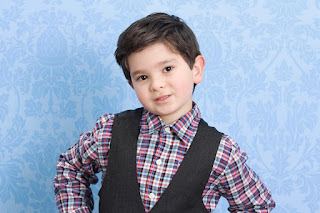 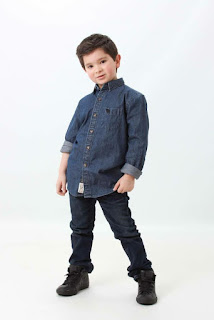 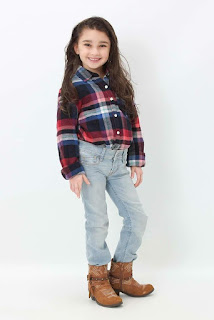 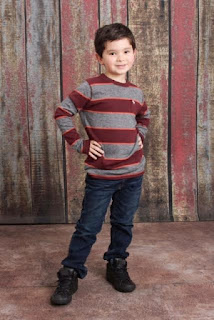 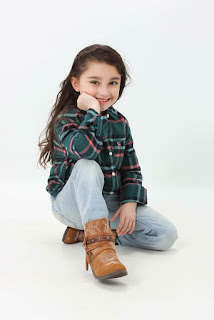 The Callbacks from Dino May Management are in!

Big Congratulations to the following Seattle Talent and Seattle Artists Agency Clients who made the Callback List for Dino May Management of LA! Way to go everyone, Dino said he had a terrific time meeting everyone!
Andrew Johnson
Eugene Coleman
Jazzilee Riser
Isaac Osmak
Kurtis McCall
Kristina Romanyuk
Seymour Downey
at 4:33 PM No comments:

Check out the trailer for "Celadierion" with two of our girls Ms. Abby Henkes and Ms. Halle Palumbo.

Check out the talented duo of Ms. Abby Henkes and Ms. Halle Palumbo in the traler for "Celadierion", a Thomas Meyer film. Abby plays Caladriel, and Halle plays Silima, Abby and Halle both went to IMTA LA 2016, and have been great friends since. Congrats Abby and Halle, we are so excited for you!
Trailer for Celaderion from Thomas Meyer on Vimeo.
at 12:19 PM No comments:

Callbacks are in from Fran Blain of Blain & Associates

Mr Keegan Patrick killed it at IMTA LA 17, don't believe me have a look for yourself.

This is the highly versatile Mr. Keegan Patrick, this Model / Actor competed extremely well at IMTA LA 17. Keegan collected many callbacks, placing top 7 in many of his competitions, one being Male Junior Model of the Year! Keegan also came away with 4th Runner Up for Most Sought Male Model! Keegan you did an amazing job and we are so proud of you, keep doing what your doing and there will be big things to come and we cant wait to see. Congratulations from everyone at Seattle Talent. 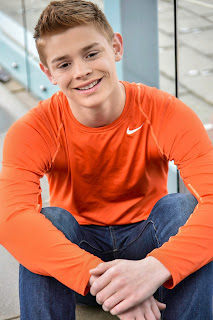 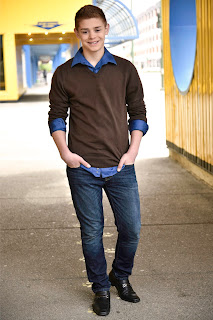